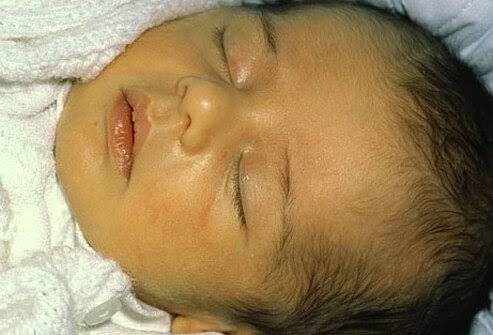 Measles in child is one of the most common infectious diseases of childhood. It is common in the age group of 3 to 5 yrs. and rare during first 6 months of life be- cause of passive immunity transferred from mother. Though it is a self-limiting disease rate of complications and mor- tality is quite high. Complications are more common malnourished children which can prove fatal. The post measles effect may linger on for several weeks after the recovery.

Measles in child may present in form of loss of appetite, failure to thrive, increased susceptibility to infections. With the availability of vaccine and reasonably effective implementation of vaccination programme in last 30 years the incidence of measles is declining, but still during winter season many cases are seen in slums and thickly populated area. Frequent observation, good nursing care and early detection of complications can decrease the mor- tality due to measles.

Causative Organism for Measles in child

Period of Infectivity of Measles in child

Lasts for 4 to days. During this stage child may have measalic look. Running of nose, slightly swollen eyes (mainly lower eyelids) and conjunctivitis. During epidemic such typical look helps in anticipating measles.

a. Fever: It is moderate on 1st day which rises in next 2 days and peak is reached at the onset of the rash. After this it starts falling down. It falls down rapidly as the rash starts fading away. The average duration of fever is 7 to 8 days.

d. Koplik Spots: Appear on the inner side of cheek opposite the upper Molar teeth. Pin head size, bluish white in color, surrounded by reddish margin. They are multiple in number and look like salt or sago grain with surrounding reddish areola. They appear on 2nd or 3rd day of fever and increase in number for next 2 to and disappear by the end of 2nd day of rash. Detection of Koplik spots almost confirms the clinical diagnosis of measles. days

f. Other Symptoms: Irritation, re- fusal of feeds, excessive crying, vomiting and loose motion, these symptoms may present during prodromal stage.

Maculopapular rash (Reddish, slightly raised mul- tiple eruptions) starts developing on 5th day of fever. It appears first behind the ears, along the hair line. It spreads over the face, within next 2 days it spreads over trunk and extremities. This rash remains for 4 to 5 days after that it starts disappearing in same or- der in which it appeared. Brownish discoloration and desquamation remains for few days to week after the rash has faded away. Mucous membrane involvement: This gives rise to conjunctivitis, stomatitis, laryngitis, tracheobronchitis.

Rash starts fading away. Temperature falls down rapidly. A healthy child recovers rapidly without any complication, whereas malnourished child may develop complication like bronchopneumonia. Appetite remains poor for few days to weeks after the attack of measles.

In immunized child fever may not be high and even rash is also not well developed.

1. In malnourished children: Vesicles may develop along with maculo- papular rash. Hemorrhagic measles (Black mea- sles: Bleeding in the skin with bleeding from mouth and nose.)

Differential Diagnosis for Measles in child

a. Rubella: Mild maculopapular rash, no Koplik spots. Rash disappears without any dis- coloration,       Sub-occipital and posterior cervical lymph nodes may be enlarged.

b. Roseola infantum (Exanthema Subitum): Maculopapular rash mainly on chest and back. Preceded       by high fever for 3 to 4 days. Rash remains for 24 hours and fades away grad- ually without                 producing any discoloration.

H/o drug ingestion. No running of nose. Appears all over body simultaneously.

Investigations of Measles in child

Treatment of Measeles in child

Through it is a self-limiting disease, the child is kept under observation for early detection of complications. Good nursing care and symptomatic treatment is necessary. Bed rest: Difficult to advise bed rest in small children. School going children should be advised to take leave from school to prevent the spread of the disease. 2. Maintenance of oral hygiene: Encourage the child to brush the teeth. Apply glycerin borax to oral cavity. Orasep Gel for L.A. 1. 3. Bath: It is avoided on religious ground, but tepid sponging can be done. 4. Diet: For Infant and small children: Milk, fruit juice, rice, dal. Though the appetite is less the child is encouraged to have frequent small feeds. If oral intake is poor and the child is dehydrated maintenance.

Fungal Infections In Kids and Treatment

Treatment for Tonsillitis in child